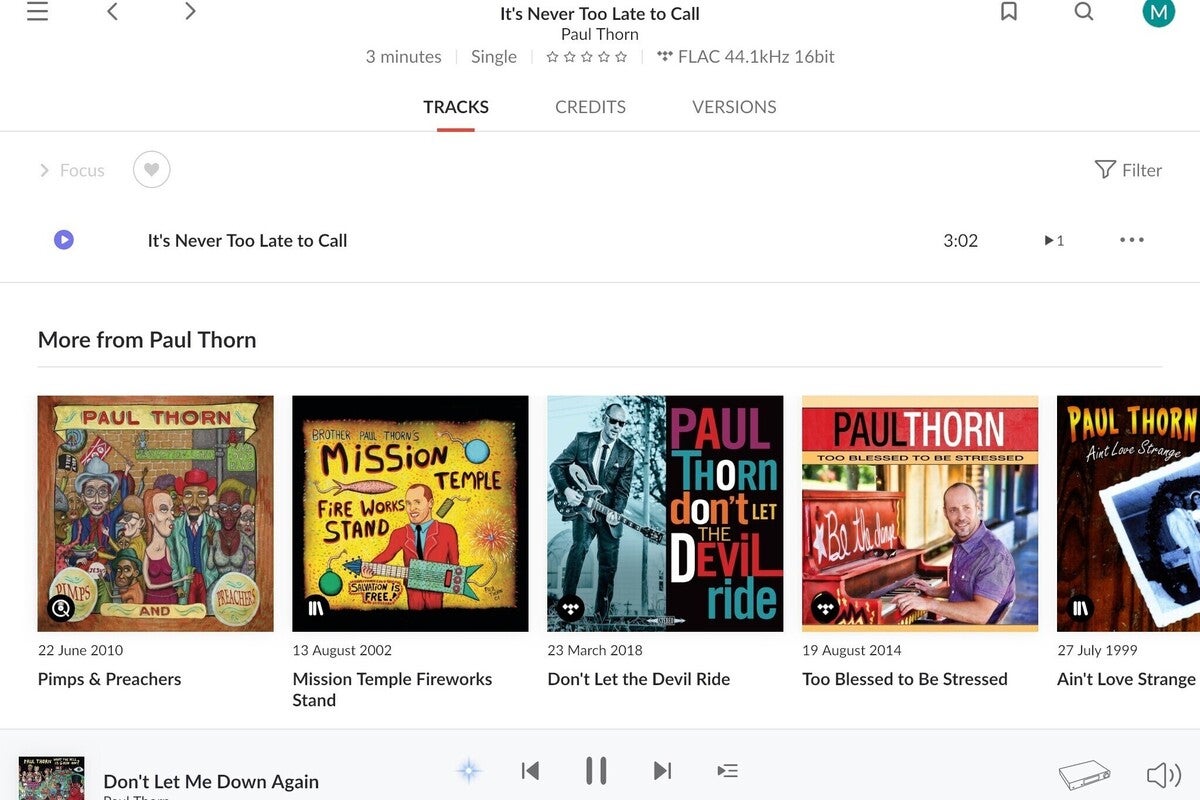 When I reviewed Roon at its launch, back in 2015, I called it “must-have software for hardcore music fans.” I stand by that characterization, although in retrospect, I shouldn’t have restricted its appeal to the hardcore. Anyone who derives deep enjoyment from music will reap tremendous benefits from this one-of-a-kind—albeit incredibly complex—software.

That said, if you don’t consider music essential to life, you’ll probably have difficulty justifying the cost of a Roon license and the relatively steep hardware requirements you’ll need to run it. In addition to the client software that you’ll run on a smartphone, tablet, or personal computer, you’ll need to run server software (the Roon Core) on some other computer on your home network. Developer Roon Labs recommends the server have a least an Intel Core i3 (Ivy Bridge architecture or later) CPU, and it strongly recommends that the Roon database be installed on an SSD.

To read this article in full, please click here

Takeaways from the US Senate hearing on the Capitol attack

Tributes Pour in for Tiger Woods Wishing Him a Speedy Recovery

Intel fires a shot at AMD’s storage performance. Here’s what to believe